Up Next: Mark Russinovich! 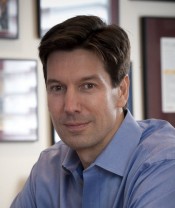 This Thursday, April 18, we’re very, very excited to be having Mark Russinovich on the show! (What? I know, right?) For those of you who don’t know who Mark is: you should be ashamed of yourselves! It’s Mark Russinovich!

Of course, he’s been up to a lot of other cool stuff lately for Microsoft, and we’ll get into that on the show, as well as see what he has to say about PowerShell.


As always, join us live at 9:30 PM EST Thursdays at http://live.powerscripting.net!