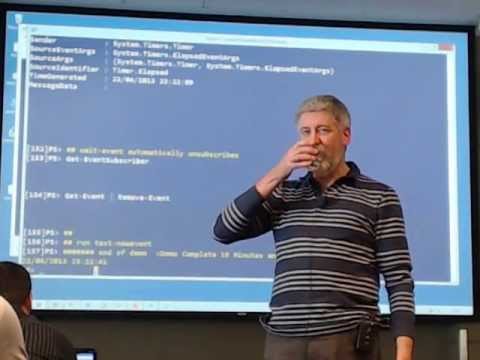 Thank You, Richard, and Fare Well!

Richard Siddaway has decided to step away from PowerShell.org and The DevOps Collective. Most recently, Richard has been known for his management of content at PowerShell Summit North America, PowerShell Summit Europe, and later, PowerShell + DevOps Global Summit. Before that, however, Richard was one of the founders of PowerShell.org way back in 2011-2012, along with myself, Jason Helmick, Kirk Munro, and Jeffrey Hicks. It’s quite fair to say that we all needed one another’s support and expertise very much in those early days, and Richard was particularly key in helping us put together the two European Summit events. Richard’s very much entitled to one of our Community Hero Challenge Coins, which have been awarded to only a small handful of people who have made sustained, long-term community contributions: Jeffrey Snover, Jason Helmick, Angel Calvo, and Kenneth Hansen. Richard’s definitely in rarified company, and it’s well-earned.

For PowerShell + DevOps Summit 2019, Warren Frame and Missy Januszko will be taking over as co-Directors of Content. They’ll be joined by Will Anderson as new CEO of The DevOps Collective, myself as President, James Petty as CFO, Christopher Gannon-Jones as Director of Global Events, and Jeffrey Bernt as Manager of Summit Logistics. Jeffery Hicks will be managing Iron Scripter and related activities both on-site and in advance. Rob Pleau has volunteered to coordinate the new OnRamp Buddy Program for 2019.
While I’m sad to see Richard step away, I’m proud and excited to see a new generation of community leaders stepping in to ensure the future of both Summit and the entire organization. We’re fortunate to have had such a strong founding group, who worked through innumerable rough patches and crises to create a sustainable and repeatable system for our new team to step into, and I very much look forward to seeing where the “new blood” takes things!
Please offer your thanks to Richard for his years of hard work, and send your congratulations to our new team members. I hope we’ll see many of you at Summit!